Several weeks ago Rob set out to take our family camping. Instead of securing a lovely beachside campsite like rational people, we decided to make things really exciting and wait until 6 pm on the Friday evening of our camping sojourn to make reservations. KOA (in the middle of Virginia Beach metropolis, mind you) was the only place available so we went with it. I admit, it felt weird driving into the city to get to our campground, but lemme tell ya, we REALLY had fun and truly enjoyed the experience. 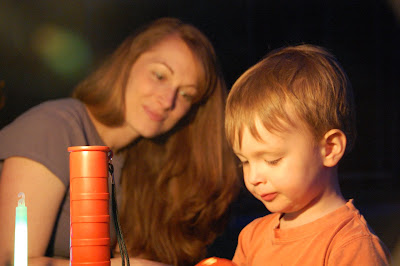 It was very Chism. If you aren't from south Alabama, this phrase may not be familiar to you. Let me explain. Chism was a truck stop area in Ozark, Alabama. Chism sounds and feels greasy, even to drive by. KOA was chism. Some of my friends from Virginia say kitschy means the same as chism, but I doubt it. Anyhoo, I pitched our tent, Rob built a fire and we roasted hot dogs and marshmallows and just sat around and talked. Rowen was such a good sport! He got a big kick out of Rob's headlight, a gadget he loves to don at every chance. Rowen carried a flashlight ("flash-right") all night and watched the stars. It was pretty cool. The bummer was when we all tried to fall asleep. It was so painfully obvious that we were in the city. It was also Bike Week in Virginia Beach. We heard the roar of motorcycles all night. Rowen tossed and turned, albeit in his sleep. I was happy for morning to come. I was greasy and tired. In essence, chism. 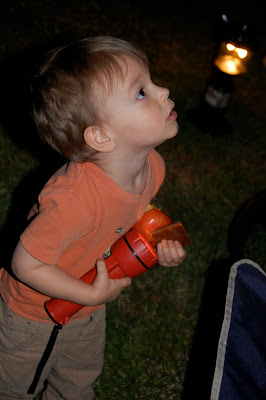 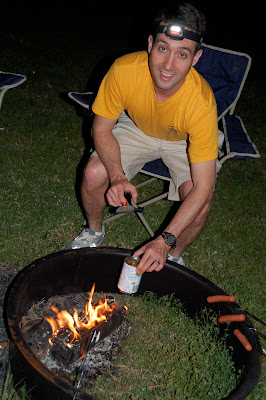 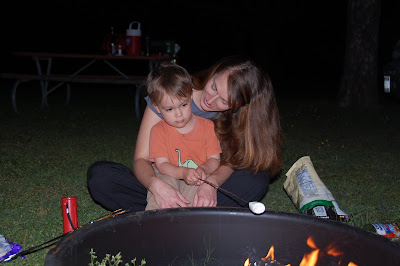 The morning after Chism 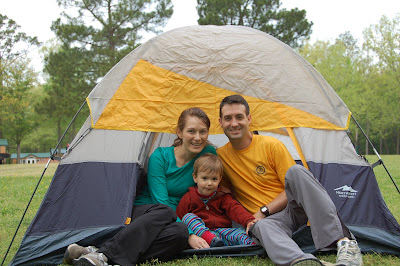 We will definitely camp again soon and we will definitely stay somewhere different next time. It was neat to be away from computers and t.v.'s and all of the other distractions of our lives. I'm excited about going again sometime :)

We've been running all over the place with work and play. We had the chance to get together with some of my work friends a while back and I feel really lucky to have such a great group of work buds. Spencer & Gretchen hosted us and their little girl, Adelyn, is a girl after Rowen's heart. Those two are crazy about each other. 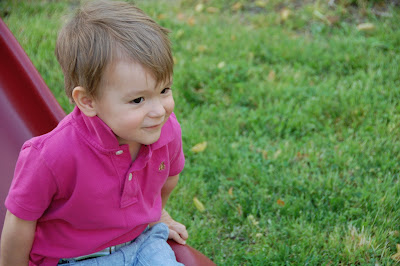 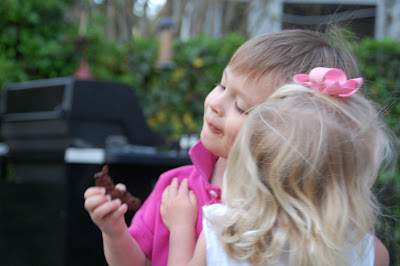 Several weeks ago we drove down to Oceanview Beach and spent the day with friends for our first Beach Day of the season!
Flying the kite with Daddy 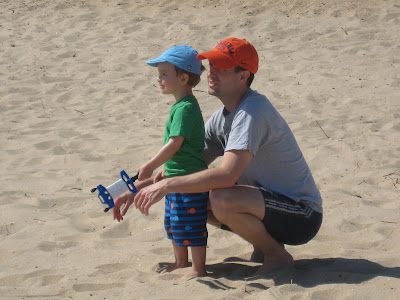 Hanging out with Big Boy Brock 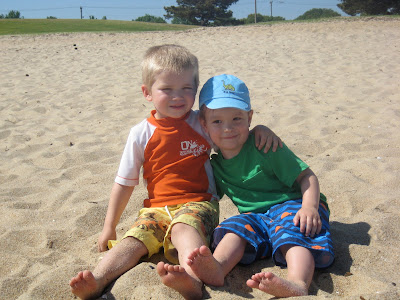 As usual, we have several house projects going on. We're still working on that &%^$ kitchen. We just got a new washer and dryer. I'm always in the yard doing something. Here's Lady girl showing off her yard. 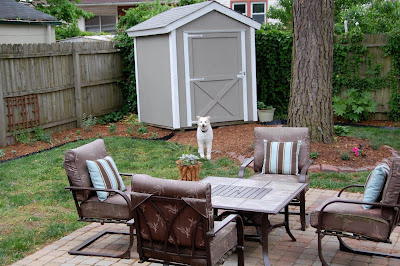 Soon I'll be replacing that ugly black plastic border around the beds with river rocks. I found a great construction business that sells them for a good price. Downside: you load it yourself. But its really not as bad as it sounds...I loaded over 300 lbs in and out of my car. Who wont?!

Here's the thrift store adirondack I bought last year and everyone snickered and called me crazy. Look how perfect it is next to my rose bush. Who's crazy now?? 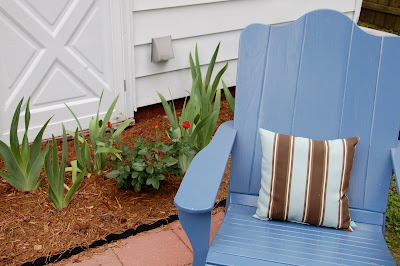 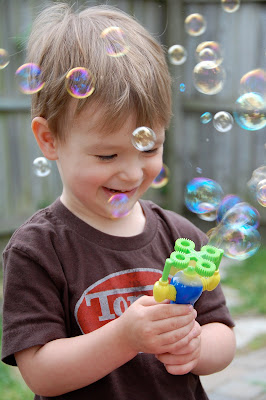