Rowen (who has now started calling himself Rowen instead of Wowen--whoohoo!) was a superhero for Halloween. This decision came about when Gigi sent him a pretty sweet red superhero cape. Before having an official cape, little mister ran around the house with towels or shirts wrapped around his neck, pretending to have a cape and carry out important missions like any good superhero. So, it was kind of an easy decision. Having him cooperate on the big day, however, not so easy. We prepared the costume by making the monumental decision to have our little boy wear little girl tights. (Just tell Rowen they're superhero pants if he asks!) I painted a shirt saying "Super Rowen" and spray painted his old rain boots silver. It was a pretty cool get-up if you ask me. I kept trying to convince him of that as we forced all these items on him in the church parking lot while he cried like a lost puppy. Oh well, just one lollipop later and he was over that! 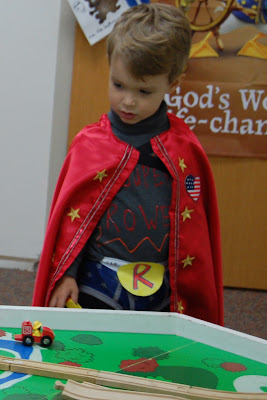 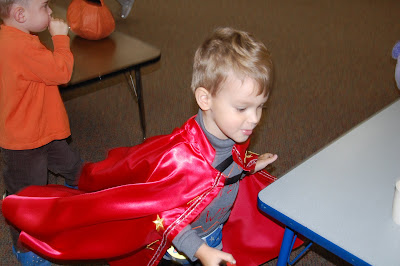 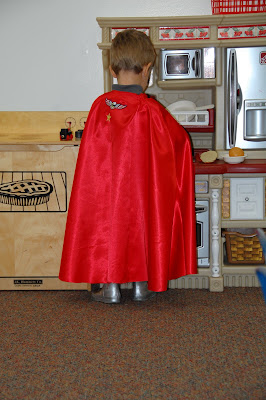 Rob and I were in a festive spirit, too. The day we were supposed to dress up for a Halloween party, I mentioned I should be an oven with a bun in it. Get it? Then Rob jumped right in and decided to be a baker, complete with a real chef hat and shirt. We had fun with it :) 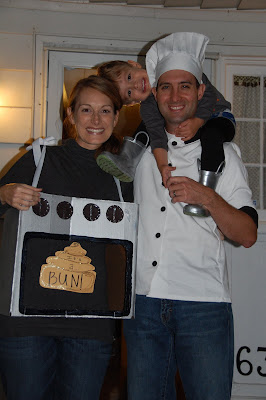 This year, Best Church Ever (Tab Church in Norfolk) suggested we embrace Halloween as a chance to reach out in a positive way to area children. Since we usually have well over 100 children come by each year, we decided to add a little message to our candy. We always underestimate the need because this year we ran out of candy after about 150 kids and had to shut it down. Rowen had so much fun passing out candy while it lasted! 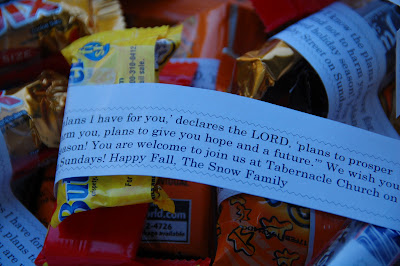 I'm also gearing up for a couple of special events for my friends, Sally and Nathan. Sally and I went to medical school together and now we've been through almost 3 years of residency together. She's the best :) We're throwing her an engagement party in a few weeks and then she's getting married Thanksgiving weekend! She asked me to decorate the wedding--yikes! I'm so stinkin' excited, and a little nervous too! My saving grace is the wedding venue--Williamsburg Winery. You can't mess it up. It's a gorgeous place and its going to be a perfect day. Sally and I took a trip to the winery to get some layout ideas and I can't wait for the big day!

Do other pregnant women mourn the loss of wine and (*sigh*) scotch during gestation?
I mean, not me.
I'm just sayin'... 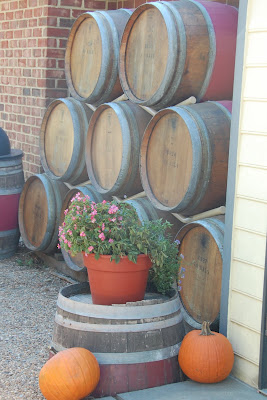 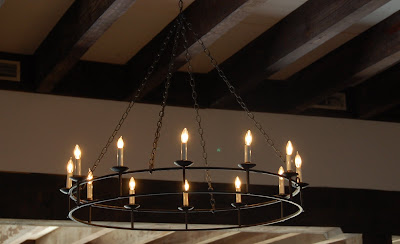 We have really enjoyed the farmer's market this fall. We signed up with our neighbors, Aimee and Luke, for the CSA (Community Supported Agriculture) program, which means we pay upfront for 3 months and we get fresh food every week. It's pretty great. So far, we've had turnip greens and roots, collards, beets, hubbard squash, thelma sanders squash, peanuts, raspberries, rapini, chives, tomatoes and arugula. Its been fun to look for new ways to cook things. Don't tell my Granny but I'd never cooked collard or turnip greens until this fall! But we really loved them. Let me tell you the one thing we weren't crazy about though: creasy greens. I found them too bitter. And I slaughtered the rapini recipe. The rapini never had a chance up against the entire cup of lemon juice I added to it. What was I thinking???

Alright, gotta wrap it up. We're gonna take an ultrasound peak at the new little babe in my office next week! Super excited! For some reason, every moment I go without knowing if this is a boy or girl is agony! Most people project its girly time for us. One day I'm convinced its a girl and the next day I know its a boy. Kelly Clarkson, I just need to know!! :)
Posted by mjs at 5:21 PM