I heart the Armed Forces!

For the last 5 or so years, we've lived near military installations where it was pretty easy to have a sense of military pride. I've always been extremely thankful for the men and women who serve and have served in our military, not the least of which include my husband, my daddy, and my fathers-in-law. But for some reason being in Beaufort, home of Marine Corps Recruit Depot Parris Island, makes my pride and gratitude much more intense. In keeping with our goal to truly experience Beaufort, we attended a Marine Corps recruit graduation. Fridays are famous around here...perhaps even infamous for some. Around 400 young people graduate from 12 weeks of basic training on most Fridays. Folks around here say the traffic on Graduation Friday mornings is a bear, but that's relative when you came from Hampton Roads. We did not know a single soul at that graduation but my heart just swelled with pride and joy and ache for them and for their families. These kids are signing up for military service during a time of war in this great country and they are to be commended. I just wanted to run up and hug each of 'em! But Rob assured me that would be awkward so I abstained. I want so badly for them to know how grateful I am for their willingness and eagerness to serve. We've openly thanked service members in airports before and its always a little embarrassing at first but you always walk away feeling like you did the right thing. Agree or disagree with "the war" but these kids are putting their life on the line, spending months away from everything they know and love and they deserve our thanks. At the very least. 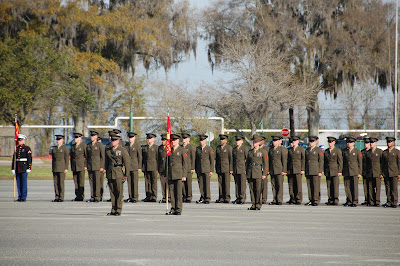 We also had the awesome opportunity to see the Marine Drum and Bugle Corps and Silent Drill Team perform at the Air Station and it was phenomenal!

{As a side note, just before the performance, to which Rowen wore his flight suit, I mentioned to him that he has some hair growing in between his eyebrows, i.e. a unibrow. I didn't use that term because the last thing we need is for him to point this out on other folks in public. Anyway, he was totally enthralled with this big boy hair and admired it in my compact for quite some time.} 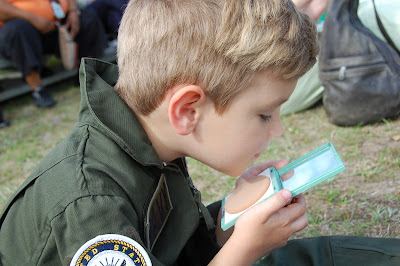 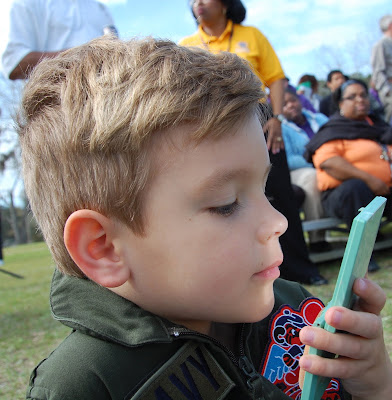 The discipline these guys and gals exhibit just amazes me! If you have a chance to see a performance, do it! 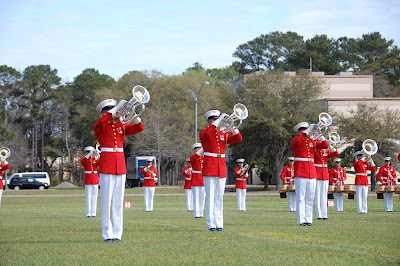 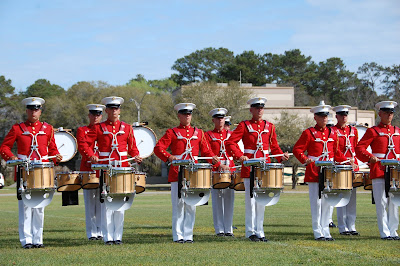 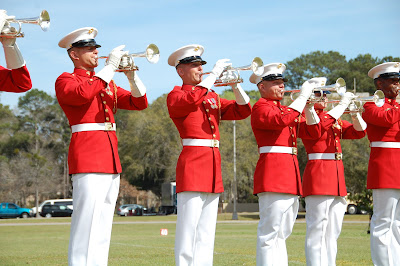 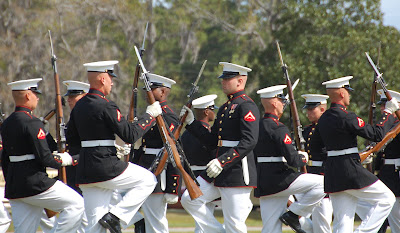 I'm pretty proud of my sailor, too. As his former skipper at HSC-26 noted, he's the best flight surgeon he'd ever worked with. Doesn't surprise me one bit. 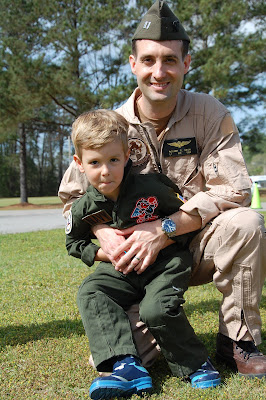 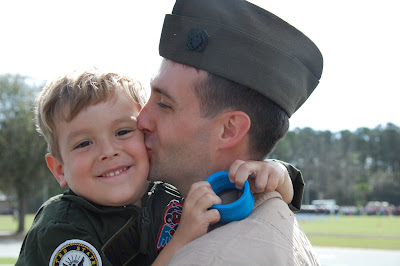